Finding Me – Recovering From Addiction

Does it hurt to be real?’ asked the Rabbit.

‘Sometimes,’ said the Skin Horse, for he was always truthful. ‘But when you are Real you don’t mind being hurt.’

‘Does it happen all at once, like being wound up,’ asked Rabbit, ‘or bit by bit?’

‘It doesn’t happen all at once,’ said the Skin Horse. ‘You become. It takes a long time. That’s why it doesn’t happen to people who break easily or have sharp edges, or who have to be carefully kept. Generally, by the time you are Real, most of your hair has been loved off, and your eyes drop out, and you get loose in the joints and very shabby. But these things don’t matter at all, because once you are Real you can’t be ugly, except to people who don’t understand.”

The first time I heard The Velveteen Rabbit was in treatment. I was three weeks clean and sober and well into the thaw out process. For those who don’t know, the thaw out process happens when the numbness from the drugs and alcohol wear off, and your emotions kick back in. It’s a messy and overwhelming experience for folks who are used to shutting down their feelings by self-medicating.

I’d been numb for so long, emotions of any kind were foreign to me. In my addiction, I only knew two. Euphoria or misery. But listening to the pastor read, I was flooded with many different emotions, all at once; sadness, regret, pain and strangely, hope.

I always had such troubles with them. Before I became addicted, I was super sensitive. My feelings had always felt… well… BIG. The counselors at the rehab center told me – feeling my feelings -wouldn’t kill me, but I had my doubts.

I was told to recover from addiction, I must get real. But real is a hard thing to do when you’ve lost yourself. I hadn’t been real in so long. I had no sense of self. Who was I? What was I? I was a loser. At least that’s what I believed back then. Drugs took away my shame, only to create more. I’d been in a chemical fog for the last decade. Real was what I was trying to escape.

To make matters worse, I couldn’t trust my thinking. Addiction sees no truth, hears no truth, and speaks no truth.

But to recover I had to do all three.

On my own, I kept going in circles. Each loop brought me closer to death. Going to treatment showed me I wasn’t alone. I was with people who were just like me. People who loved their families’ fiercely but couldn’t stop hurting them or themselves. By the time someone goes to rehab, they feel like a complete failure, and they’ve done some awful things; stuff they feel ashamed about and don’t want their friends and family to know.

Isolating and keeping secrets had become as much a part of my addiction as the drugs and alcohol I consumed. For me to get well, everything had to come out. If I held back even one shameful event, I was at risk of relapse. There were no cutting corners. Half measures could kill me.

Getting addicted was so easy.

Getting clean and sober was not.

By week three in treatment, things were changing fast. Not only was I not numb, I was being challenged by counselors and my peers. They said I was holding back and acting compliant. In treatment, compliant is not a good thing. It means you’re flying under the radar, not rocking the boat, trying to be invisible and holding your breath. And I was! I just wanted to go home, and I didn’t think that would happen if I said what was on my mind.

My thoughts had been something I’d kept to myself my entire life. But hidden thoughts become urgent impulses and unhealthy actions. Actions like relapse. Between a rock and a hard place, I had to take this next step. I was used to blending in. Now I would stand out. The mask must come off. Getting real in recovery means becoming vulnerable. Embracing your pain. Exposing your shame. Opening up and sharing your feelings. Taking responsibility. Telling the truth. Hiding nothing. Confessing all and constantly ‘telling’ on yourself. Your soul knows when you cheat. If you can’t be honest, you won’t recover.

When your insides don’t match your outsides, you look for something to bridge the gap. Without drugs and alcohol readily available, I learned that to heal my past I must climb in bed with it, wrestle with it, feel it, own it and then let it go. Through this process, I began to heal and learned I was stronger than I thought. Recovering from addiction doesn’t mean the damage never existed. It just means it no longer controls your life or the lives of the people you love.

Hell has an exit, but you’ll need help finding it. It doesn’t matter who you are or what you’ve done. The struggle you’re facing today can be overcome just by reaching out. Put the same effort into getting clean and sober as you do into chasing your next high and live a life beyond your wildest dreams. I love my life in sobriety and you will too. 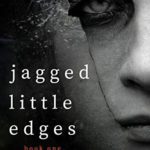 Dear Drugs, I Hate You. Previous
﻿3 Signs You’re Almost Ready to Get Help for Addiction Next 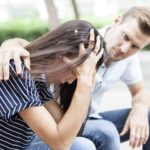