Click on the images below to purchase on Amazon.com

Meet Grace. At nine years old she has a big secret. Grace knows first-hand that life can be difficult. Her parents aren’t very happy. Their arguing is giving her a stomach ache. She spends a lot of time alone, worrying. Are her parents problems her fault? Had she done something wrong? Grace pretends everything is fine, but it’s not. She feels helpless and has learned that making things up is easier than telling the truth. One big question haunts her every day. Will her family ever be happy again?

This book is perfect for a child with a difficult home life. Divorce, addiction, mental health issues and more can cause children to feel alone, anxious and afraid. Gracie’s Secret addresses this by showing kids they aren’t alone, and that they can feel better. With a workbook section for kids to understand their own issues and a message that talking to a safe person will help, Gracie’s story can help kids cope. 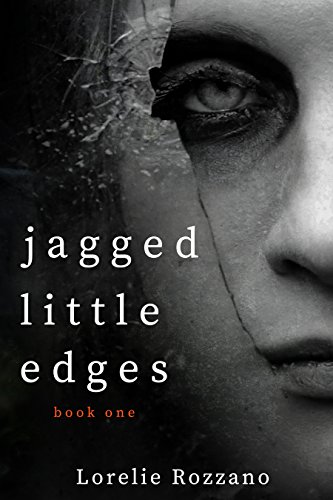 Jagged Little Edges. That’s how it had felt for her as long as she could remember. Like cuts, coming first in words as they tore little pieces of her innocence, trust and self worth, evolving into the physical form with a smack to the head, a cuff to the ear and at times, welts and bruises on her back side. By far the greatest damage of all was what couldn’t be seen. A soul torn asunder, left with an open wound, a vast emptiness and a hunger that screamed to be fed. Lyndsey wanted nothing more than to be on her own. Problem was that’s what she’d been doing her entire life. She didn’t trust others and always held a piece of herself back. Lyndsey knew something was missing and she was determined to find it. Not comfortable in her own skin and trying to fill the vast emptiness, she stood on the edge. Needing to belong to somebody, Lyndsey discovers love, the kind of love that’s sick and leaves her needing more. She’ll do anything for him and does. Lyndsey learns that love hurts, but still, she searches for her happy ending. Not able to find what she’s looking for in people, places or things, Lyndsey descends into spiral of hopelessness. This story follows a ten year journey on the need for love and leads readers through the depths of despair and addiction. It will move and inspire. It will leave readers on the edge of their seat wanting more… 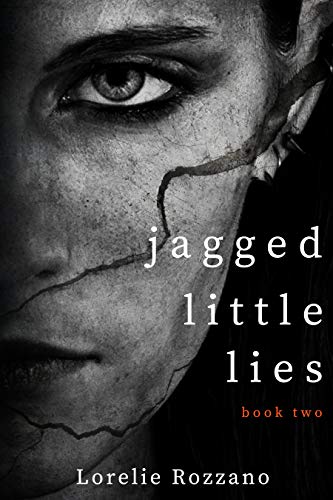 Susan’s life was beyond broken, it was over. There was nothing left but a hollowed out empty spot she used to call her family. Dick, her husband, left and her beloved son Declan was in jail. All she’d ever wanted was to have a happy family. What happened? Where did she go wrong? Her days were spent consumed in misery, wondering. Restless in spirit, bitter and resentful, the ache became unbearable. Her only relief came in the form of a tiny little tablet. Miranda met the love of her life. Declan. He was gorgeous, sweet, and charming. His smile lit up the room and stole her heart. He was the best thing to ever happen to her. Trouble was – he was also the worst. Without him she was halved, with him, she might end up in jail. On the verge of bankruptcy and being fired, Miranda wonders if she’ll ever be able to tell the truth again. Declan stared up at the ceiling thinking. He needed more dope and soon. The prison bars he was trapped behind closed with a final clang. The sound reverberated through his jaw and down his back. It echoed down the miles of endless hallways. His bowels quivered and nausea churned. Yup, he was going to need something fast. He counted the hours trying to calculate how long before he’d be writhing on the floor. Six, at the most, but he could already feel it begin. Lyndsey, who never believed in fairy tales, pinched herself. She couldn’t have dreamed this big. Her life in recovery was more than one she’d ever dared to hope for. When you’ve been on the verge of death, and live to tell about it, life could be so very sweet. No longer hopeless or living in despair, Lyndsey makes it her life’s purpose to help others. But will they listen to her? 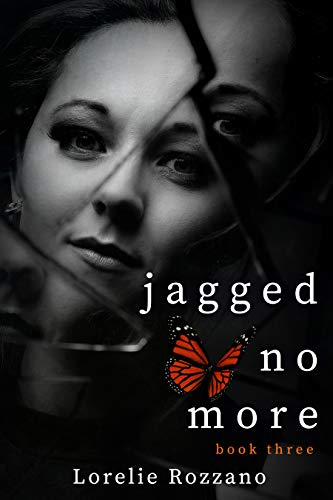 Lyndsey’s life has finally turned around. She’s clean and sober, has her dream job working in addictions, and is married to a wonderful and supportive man. They have even taken in Billy, the fiery and unpredictable child of her old friend, Dee, who still battles with active addiction. But when Lyndsey begins to learn the secret about her own long lost son, the line between her personal life and the ethics of her work begin to blur. Soon she is forced to choose between her own feelings and those of the people she is entrusted to protect.

Meanwhile, Declan’s hopes for freedom continue to be delayed. Released from prison on strict conditions, he finds himself in a shady rehab centre populated by a strange and questionable cast of characters. No matter, he’ll just call his mom and sweet talk her into busting him out, like she always does. He hatches a plan with the centre’s resident drunk that should have him back on top and high out of his mind in no time.

He soon finds out, though, that Susan has no intention of giving in again. With Lyndsey’s help, she realizes that Declan isn’t the only addict in the family. Her own sickness has caused her to bow to his every whim for too long, and it’s finally time to set things right. Together they face an unknown future and the last chance to save what’s left of her family.

Jagged No More is the third in the Jagged series. From the desperation of Dee’s daily struggle to Lyndsey’s devotion to helping those in need, it shows both the darkest depths of addiction, and the light that finds a way to shine though. It is a story of life, loss, compassion, and love.