Are We Becoming Desensitized To Overdose? 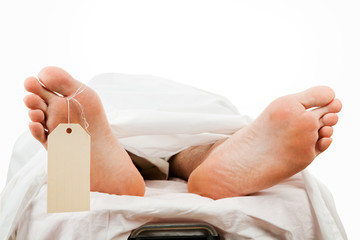 Death by overdose kills 144 persons a day. We’ve all seen the dismal stories on the news and social media sites. Or the cell phone videos of someone overdosing in their car or on the street. You may even hear comments like ‘junkie, you’d be better off dead.’

Until you lose someone you love, death by overdose is just something you see on TV or read in the newspaper. It isn’t real. It isn’t personal. And if that’s the case, you’re lucky. But don’t count yourself out of the woods yet. Addiction happens to one in seven families. To make matters worse, you don’t even have to be an addict to die from overdose.

The first time you try drugs, could do it. A line of coke used to be the start of the party. Now it can send you to the morgue. Fentanly is being laced in everything. Ecstacy, MDMA, Cocaine, Speed, Weed… The list goes on and on. Today you don’t have to touch heroin or any other opioid to die from overdose. You can be a straight A student, or the star of the football team. Overdose is our great equalizer. It has no criteria. It doesn’t care about your race, age or gender. Overdose only has one qualifier. It happens to the people who are looking for ‘a good time.’ That’s how it gets you. Of course no one thinks it will happen to them… until it does.

As a recovery advocate, I talk with hundreds of families struggling with addiction. More and more I hear from distraught parents. Parents whose whole world has just come crashing down. Parents who are writing obituaries for their children.

Just this morning I heard from a devastated Mom. Her son was dead. She found him in his bedroom, not breathing. After calling 911 she started CPR. Can you picture it? The tiny baby she’d given birth too – blue in the lips? She compressed his chest and felt a rib bone break under her hands. Horrified she stopped and blew into his mouth – the mouth she’d kissed a thousand time before. Only he didn’t kiss her back. Instead his lips were cold and hard under hers. She stared into his eyes calling him. She cried his name over and over. PLEASE! COME! BACK! But his pupils were pinned and stared blankly beyond her. As the ambulance pulled into her driveway she had hope. She hugged her son’s lifeless body and held tightly to him. The paramedics asked her to move away from her son’s body, three times, before she heard them. She held her baby’s limp hand as he was being injected with Narcan. She noted the dirty squared off nails and how thin his arms were. She saw his track marks and wanted to kiss each indention – the way she’d kissed all his boo boos better, when he was little.

As she watched her son being loaded onto the stretcher, she had hope.

The paramedic injected her son again before rolling the stretcher down the hallway. In the ambulance they continued to pump his chest and intubated him. This mother had hope Precious, precious hope. She vowed when her son woke up, they would have a serious talk. She would reach out for help. She’d make him go to treatment.

When the doctor reached for her hand, she had hope.

The doctor’s lips moved… I am sorry. Your son didn’t make it.

When this mother screamed no… she had hope. Her heart wouldn’t let her believe what her mind already knew.

When this mother reached out to me, she was in shock. Thank God for shock. It will keep her numb for some time.

This mother will be busy planning a funeral. Her family will surround her. They will reminisce and remember the boy that he was. They will wonder how this happened and why?

Friends and family will attend his funeral. His schoolmates will hear and shake their heads and say things like ‘it’s too bad. He has such potential.”

This mother will hear, “I’m sorry for your loss’  – over and over again.

As shock wears off, her hope will be gone. As her son’s death sets in, it is written all over her face. This mother will make people uncomfortable. Grief is hard to look at. Many of her friends will shy away.

One question will haunt her for the rest of her days… Why?

I wish I could answer this mother’s question. But I can’t.

As a recovering addict I thank God fentanyl wasn’t around when I was using. Because if it was, I doubt I’d be writing this.

We know we’re experiencing an epidemic. We know anyone can die from overdose. We know we are losing friends and family, but the facts do not seem to stop this thing. Which leads me to wonder…  Are we becoming desensitized to overdose?

The next time you’re looking for ‘a good time,’ be smart. Just because a friend gives you the drug, doesn’t mean it’s safe. There are no safe street drugs. Expect everything to be laced with fentanyl. Carry Narcan. Don’t use alone. Or better yet, why not redefine your idea of ‘a good time.’ Because DEAD – isn’t fun.

The Addict's Child. Previous
Easter and Addiction In The Family. Next 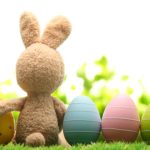