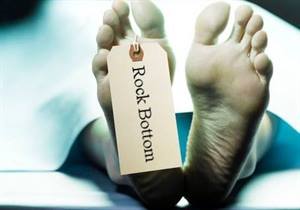 Before you read this, know one thing. I was given an ultimatum. In other-words, I was forced to choose. My family, or my addiction. I couldn’t have both – Lorelie Rozzano.

If you know or love an addict, then you’ve heard the term, ‘rock bottom.’ The rumour is, an addict must hit bottom before they’ll come to their senses. You might even find yourself believing this.
But what is rock bottom? Isn’t addiction, progressive? We all know it gets worse with time, not better. Is there a bottom where sanity is magically restored? And why do we think people under the influence, are capable of making rational decisions once this magical bottom, is reached? It’s like saying, its okay to let an impaired driver get behind the wheel. They’re an adult. They can make the choice.
We don’t let them get behind the wheel, because they’re impaired! They can’t think straight.
Neither can anyone else who has crossed the line into addiction.
So why do we assign reasoning, to an individual, who has clearly lost theirs?
It would be like trying to negotiate with your two year old, about sitting in their car seat. I’m sorry dear, you’re two. It’s a safety issue. This seat could save your life. Yeah right! Kicking or screaming, you’re going to buckle them in.
Why?
Because their brains haven’t matured yet, they don’t understand its dangerous riding without one.
But you do.
It’s like that with addiction.
Just as we wouldn’t let our two year old make choices about their safety, neither should we let the addict.
Legislation needs to be changed. We should have the right to commit people to treatment, but we don’t.
Oh no. That wouldn’t be fair.
Is it more humane to stand helplessly by and watch addicts and alcoholics killing themselves?
Doesn’t anyone get it?
It’s not the drugs or alcohol that’s the problem.
It’s the addicted persons thinking.
And yet, we still allow them to call the shots.
Does anyone else feel like they’ve fallen down a rabbit hole when it comes to making sense of addiction?
I know I do.
There’s more help available now than there ever was before, and yet we still haven’t addressed the most crucial issue.
Treatment needs to be mandated.
Addiction is a progressive and terminal disease. Given enough time the addicted person crosses an invisible line.
You can’t see it.
It’s the difference between caring, and not. Apathy is dangerous.
In the early days of my addiction, when the consequences didn’t outweigh the fun, I’d wake up remorseful. I’d swear I’d never do ‘it’, again.
When I was drinking and using, I was flirting, cheating, overspending, driving, and not coming home until the wee hours in the morning. The shame was horrible. It didn’t make me want to drink; it made me want to stop.
But shame is like cocaine. It doesn’t last.
Us addict’s try to make up for up for our mistakes. At least we do, in the beginning. We work hard trying to convince you we will never do ‘it’ again. I didn’t like feeling shameful. Shame feels heavy and gross. I’d work like hell for a few days. As I scrubbed the floors, I was ridding myself of this awful feeling. I was a good Mommy and wife. Our home didn’t have a speck of dust in it. The laundry was done. Everything was in its place. The children were dressed in their best. Cakes cooled on the counter. I’d run, and wear myself out and eventually… the old familiar ISM would start to creep back in and then? I’d reward myself with a drink.
After all, I’d worked hard. I deserved one.
I needed treatment then. My thinking had already been hijacked by addiction, but I didn’t know it. Had I been forced to go, my children would have been spared years of pain and everlasting, emotional scars.
I didn’t go then and it got worse. A lot worse.
By the time I went to treatment, I was apathetic. I had stopped caring.
Apathy is terminal. Not many addicts live beyond this point.
Yet still, we keep waiting for them to hit rock bottom.
Sometimes ‘rock bottom’ is six feet under.
But it doesn’t have to be.
Although you can’t mandate an addict into treatment, there is a lot you can do, to influence the outcome.
Reach out for help. Break the silence. Go to a rehab center and attend a family program. When you have the right tools, the addict in your life has a much better chance of recovering.
Surround yourself with support. Once you start to change the way you interact with the addicted person, you’ll need it.
Things will get worse, before they get better.
Setting boundaries, or deciding on an intervention, is never an easy step.
Your love needs to be greater than your guilt. Find people who will help you stay the course.
Just like cancer, your chances for a successful recovery are a lot better when caught in the early stages.
Don’t wait for your loved one to hit rock bottom. Rock bottom is an ever changing landscape with a new deep end, each and every time.
I’ve seen too many heart broken families who waited. For them, rock bottom was in a casket.
One day we’ll look back at this deadly myth and wonder how we ever bought into it.
Until then, you can help educate others by spreading the word. Let’s squash this deadly myth.
For active users, there is no rock bottom. There is only jails, institutions or death. 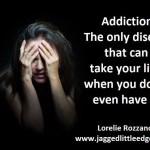 Are You Addicted To Your Addict? Previous
You're not stuck, you are becoming... Next 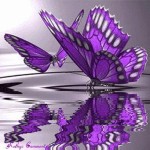